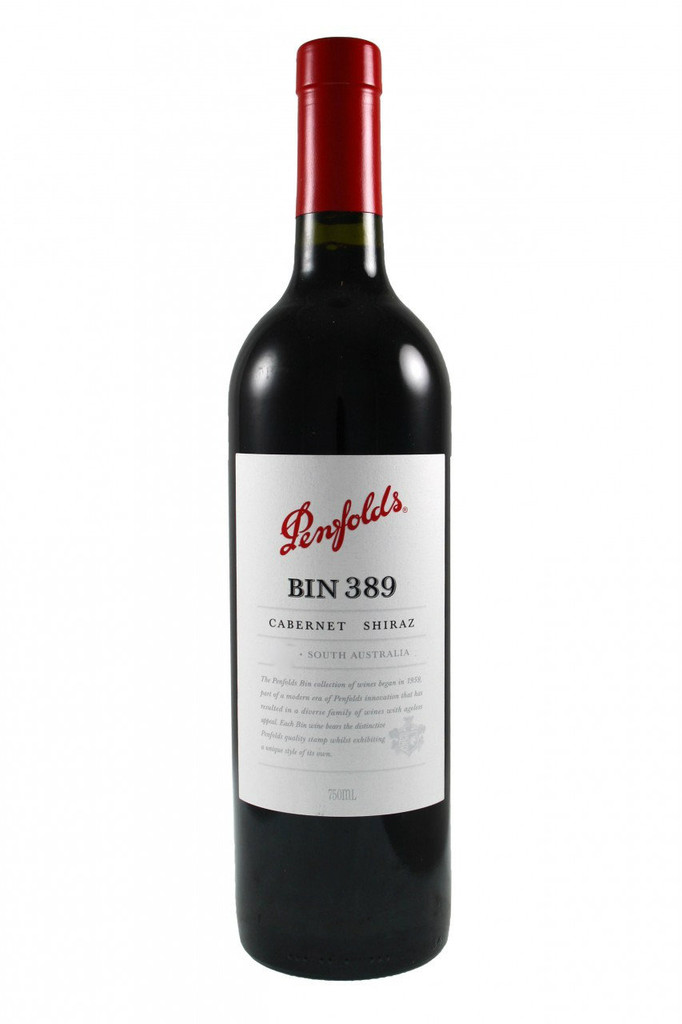 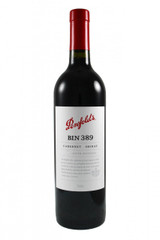 A dense deep red with a nose showing the house Style… that of the 53 year-old stylistic template of Bin 389. Brimming with mocha/coffee ground aromatics, heightened by tar/bitumen ‘black’ notes. Appealing char and creamy, vanillin oak detected ever-so-subtly in the background. Naturally, a flurry of fruits, spice and varietal markers abound.

On the palate voluminous and powerful. A sensory stratification of layers of taste – separated via time-of-detection and unravelling of flavours. At first, Christmas pudding with roasted nuts, then rare lamb and black olives, then sarsaparilla spice. Tannins awashed, oak absorbed, fruit awakened.

Bin 389 is often referred to as ‘Poor Man’s Grange’ or ‘Baby Grange’, in part because components of the wine are matured in the same barrels that held the previous vintage of Grange. First made in 1960, by the legendary Max Schubert, this was the wine that helped to build Penfolds solid reputation with red wine drinkers. Combining the structure of Cabernet with the richness of Shiraz, Bin 389 also exemplifies Penfolds skill in judiciously balancing fruit and oak.