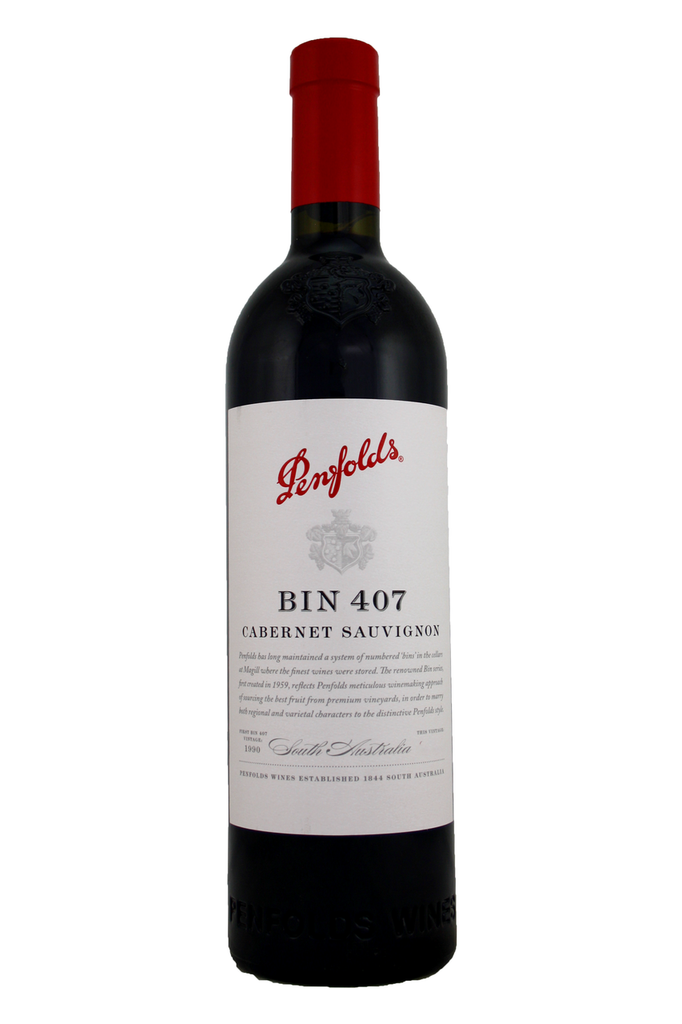 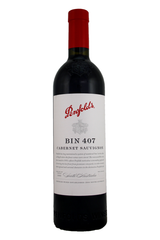 "There's no Bin 707 from the 2017 vintage, so that fruit has been put into the 2017 Bin 407 Cabernet Sauvignon. It's a lifted, perfumed style of Cabernet aged in both French and American hogsheads, with leafy, minty accents and Ribena-like cassis notes. Medium to full-bodied, it has a velvety texture and a soft, approachable finish, tinged with vanilla and dried spices. A blend of fruit from Padthaway, McLaren Vale, Barossa Valley, Coonawarra and Wrattonbully." 91/100 Joe Czerwinski robertparker.com

Inspired by Bin 707, Bin 407 offers varietal definition and approachability, yet still with structure and depth of flavour. Textbook Cabernet Sauvignon, the varietally expressive Bin 407 highlights the rewards of Penfolds multi-region, multi-vineyard blending, with a core of ripe fruit supported by sensitive use of French and American oak.