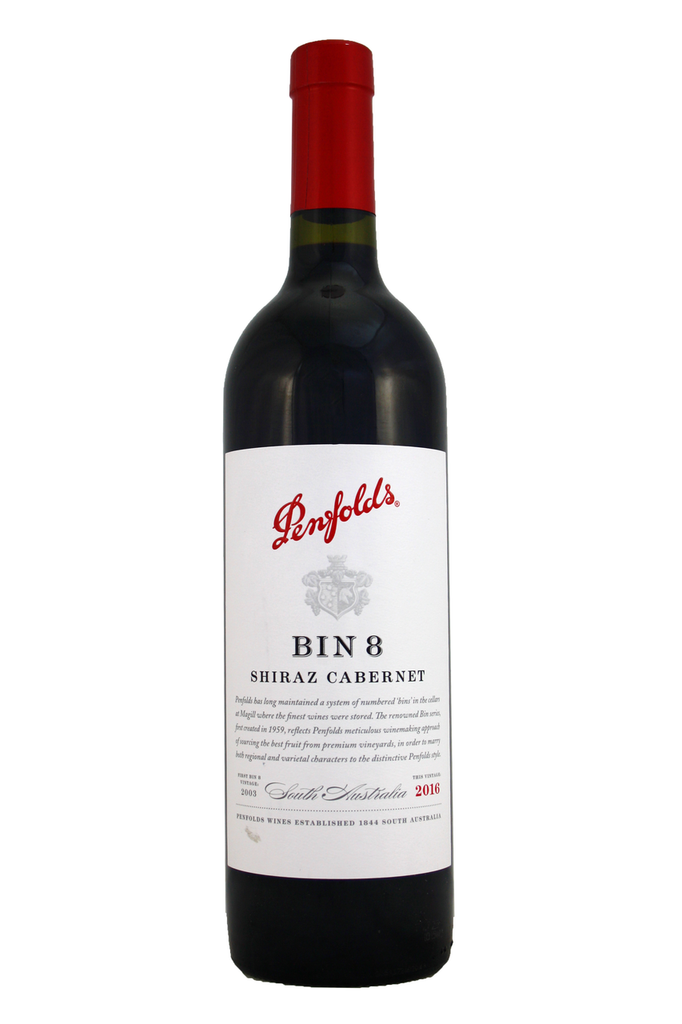 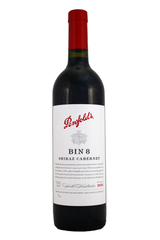 Shiraz and Cabernet Sauvignon with 12 months in French oak and American oak.

Tasting notes from the winemaker

Palate
Dark cherry and forest cake fruits, earthy with touch of cigar box. A synergy between the generous Shiraz flavours of across the mid-palate and the cooler fruits with the tension and structure that only Cabernet Sauvignon can deliver. An artful blend of complex, buoyant fruit and spice nuances backed by moreish acidity … and of course textbook firm graphite tannins.
Generous mocha notes from oak maturation lend further depth and texture to the palate.

Bin 8 has been crafted in the traditional Penfolds style. Ripe, balanced fruit flavours are supported by softly integrated oak resulting in a silky, smooth red wine. It was introduced in response to an interest in Cabernet Shiraz blends, a classic Australian wine style that caught the attention of the international wine media. Although Bin numbers were originally named after the original binning location after bottling, Bin 8 was given its number because it uses older oak previously used for Bin 128, Bin 28 and Bin 389, with ‘8’ obviously providing the common thread.