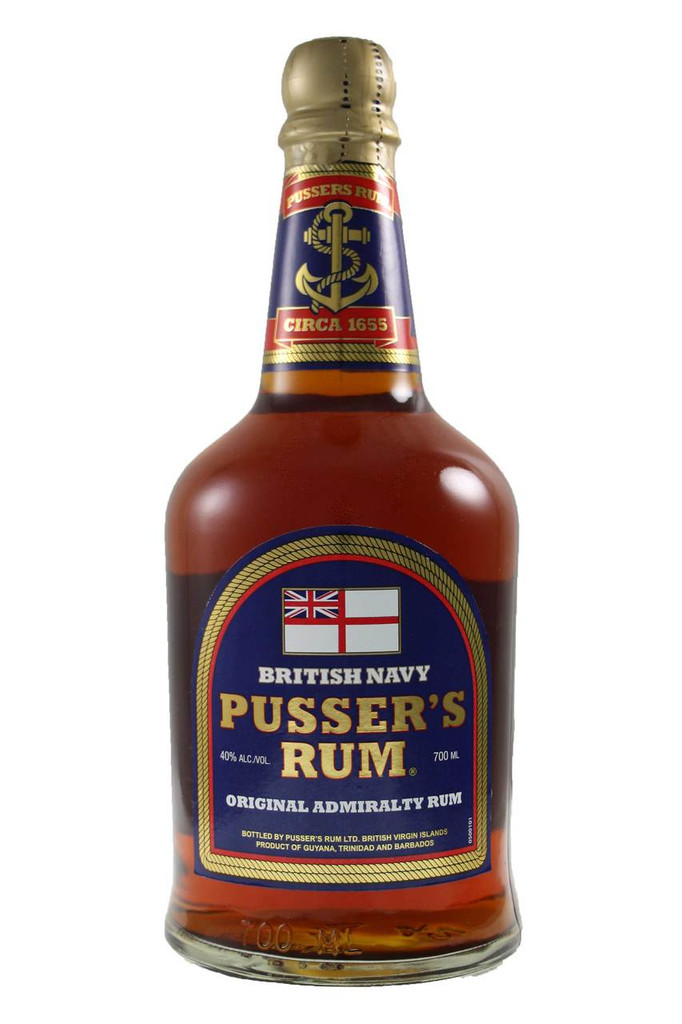 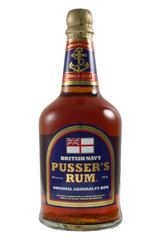 For more than 300 years, before the days of Admiral Nelson, wooden ships and iron men, the sailors of Britain's Royal Navy were issued a daily ration of rum by the ships Purser. This tradition, one of the longest and un-broken in the history of the sea, carried forward from the year 1655 to August 1st 1970.

The superb rum in this bottle is the same rum that was standard issue aboard their Majesties' ships at the time of the custom's termination in 1970. For centuries, British Navy Jack Tars drank their Pusser's Rum and appreciated this spirit's exceptional quality.

Pusser's Rum's distinct character is still created from six of the world's finest Caribbean rums which were discovered on their excursions at sea.

Today's Pusser's Rum, known as "the single malt of rum" is still produced in exact accordance with the Admiralty's specifications for rum. Unlike most rums, Pusser's uses no flavouring agents. It is 100% natural. In 2001, Pusser's was awarded the "Gold Medal - World's Premier Dark Rum" at the International Wine & Spirits Festival. In 2003, Pusser's Rum won a "Double Gold Medal" at the San Francisco World Spirits Competition and a Gold Medal at the same festival in 2005.

Charles Tobias continues today as CEO of Pusser's and its legendary rum, which is said by experts and epicureans alike to be rich and full-bodied, with an unsurpassed smoothness due to its natural ingredients. Pusser's costs a little more because it is more expensive to produce. It is predominantly a "pot-stilled" rum. The distillation process is similar to that used for single malt scotches, which produces greatly enhanced flavour. Served neat or on the rocks, or mixed in a famous Caribbean inspired recipe–such as the Pusser's Painkiller you will enjoy the full and natural flavour of Pusser's Rum - and will really discern the big difference between Pusser's and all other rums!