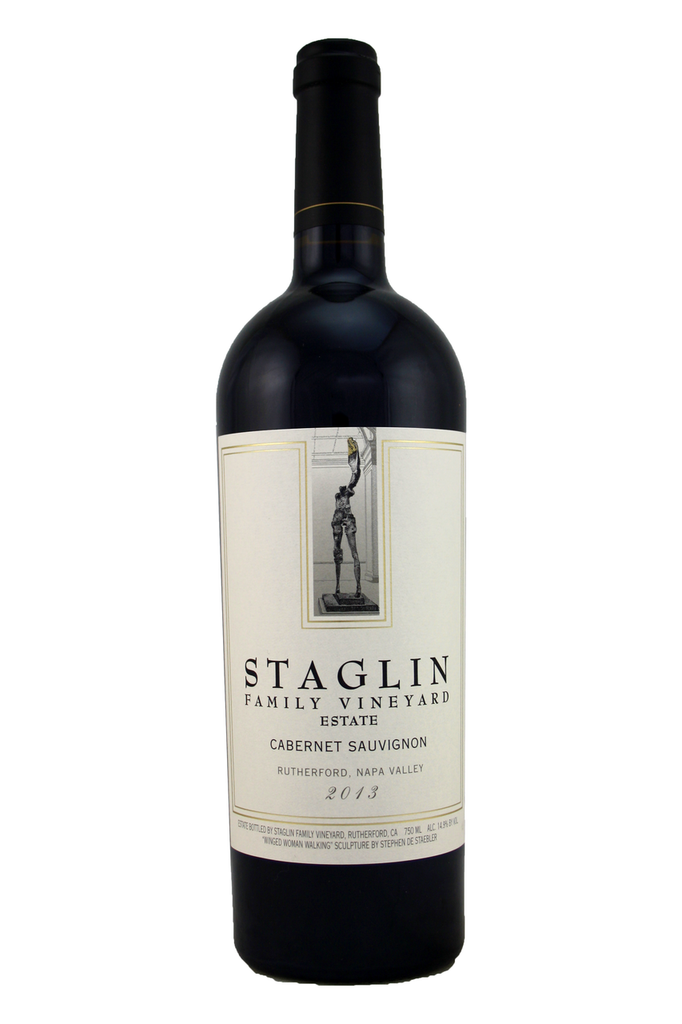 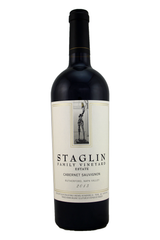 Fragrant dark red and black fruits set the stage for the exotic interplay of aromatic woods, bow rosin and sharpened graphite. On the palate, a medley of black raspberry, blackcurrant and cranberry fill a warm graham cracker crust drizzled with nearly-molten brown sugar and flecked with dark chocolate. Like a chiseled and sinuous boxer sitting in his corner, the youthful and deep 2013 Staglin Cabernet is a wine of controlled power, poised while waiting to showcase its long, silky and fine-grained structure. Your patience will be immensely rewarded.

"Deep garnet-purple colored, the 2015 Cabernet Sauvignon has a decadent nose of warm blackcurrants, blackberry preserves and ripe black plums plus suggestions of chocolate box, baking spices, fertile loam and dried Mediterranean herbs. The medium to full-bodied palate is packed with expressive black fruits and savory nuances. With a solid structure of chewy tannins and balanced freshness, it finishes long and earthy. This was tasted as a barrel sample." 94-96/100 Lisa Perrotti Brown Robert Parker Wine Advocate October 17

Simply put, the 2013 growing season was spectacular. An early bud break was followed by an extended stretch of warm weather that promoted rapid early season development while the dry conditions limited vigor in the vines. Nearly ideal conditions during flowering resulted in a great fruit set. Very warm and dry weather continued through the late spring and into the early summer establishing compact vines. And just when we began to have a few concerns about the extended stretch of warm weather, daytime temps came down a bit starting in the midsummer almost as if we ordered them, nicely slowing down ripening and allowing flavors to develop more deeply. These spectacular conditions continued through the end of the summer and deep into the autumn, allowing us to pick each batch of fruit at optimal maturity over the course of several weeks.