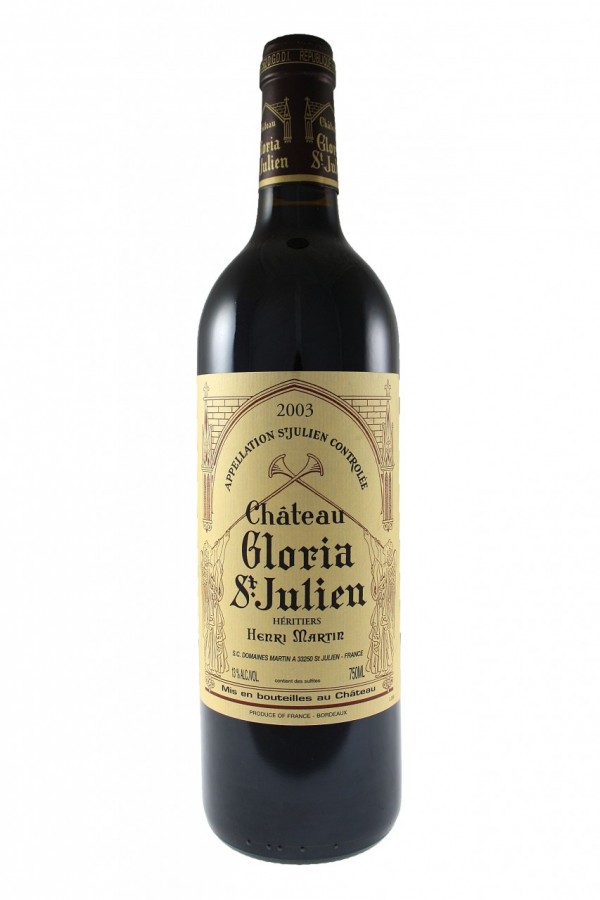 Château Gloria is an unclassified Bordeaux wine from the Saint-Julien appellation. The winery is located in the central part of France’s Bordeaux wine region Haut-Médoc, in the commune of Saint-Julien-Beychevelle.

Regarded as a well-made wine with the best characteristics of Saint-Julien, it is estimated by many on a par with the classed growths.

A relatively young estate, Château Gloria was founded and assembled by Monsieur Henri Martin who established the reputation of Gloria within the space of a generation. With the first acquisitions of 6 hectares (15 acres) of vines in 1942, and purchase of the chai of Château Saint-Pierre, Martin added to the estate over the years with land bought from the surrounding classed estates, including châteaux Saint-Pierre, Beychevelle, Léoville-Poyferré, Gruaud-Larose, Léoville-Barton, Ducru-Beaucaillou, Lagrange and a Saint-Julien property of Duhart-Milon, making up its present size.
The vineyard area extends 48 hectares (120 acres), with the grape variety distribution of 65% Cabernet Sauvignon, 25% Merlot, 5% Cabernet Franc and 5% Petit verdot.