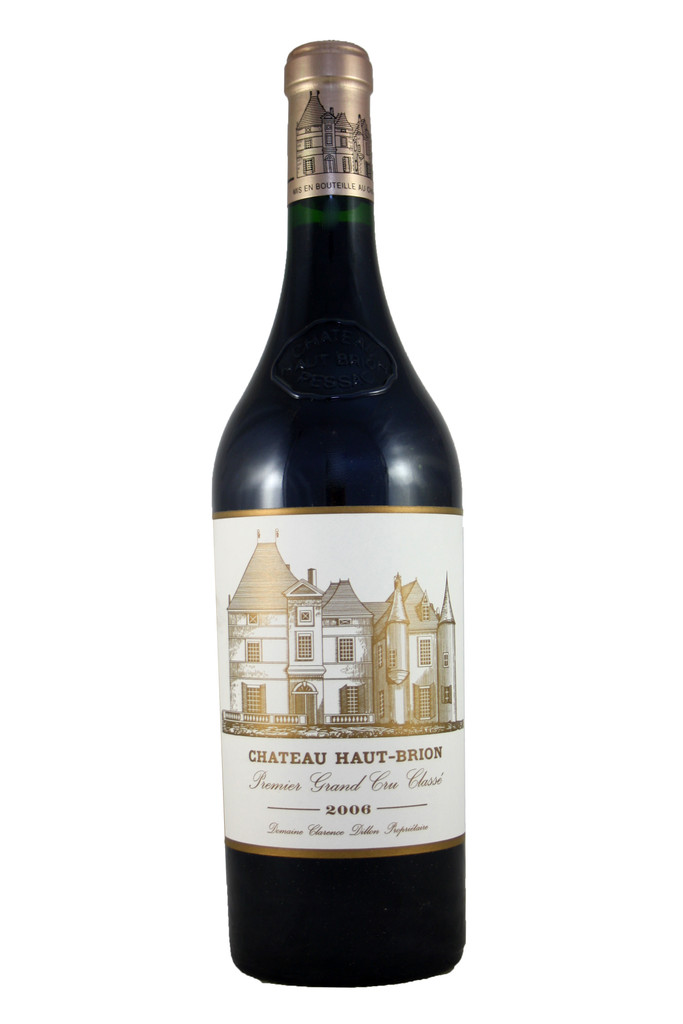 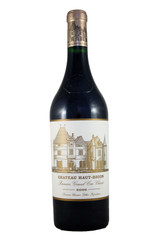 Château Haut-Brion is the only property listed in the 1855 classification that isn't within the confines of the Médoc and is now surrounded by the sprawling suburbs of the city of Bordeaux. Part of the Domaine Clarence Dillon group, along with La Mission Haut-Brion, it's currently owned by the fourth generation of the family, Prince Robert of Luxembourg. The winemaking has been dominated since 1923 by the Delmas family, beginning with Georges, followed by his son, Jean-Bernard and, today, his grandson, Jean-Philippe has taken up the reins.

Unusually high in Merlot for a "Left Bank" wine, Haut-Brion has a more opulent, decadent feel when compared to the other, superstar, First Growth wines of the Médoc region.

The Château describes the 2006 as: "Elegance would be the word that best describes this wine. Its color is a very deep red. The nose, at first reserved, opens up softly and slowly. Notes of minerals are followed by red berries, then an earthy whiff dominated by an aroma of fresh ground coffee beans. Before you know it the wine charms you with all of its incredible complexity. The mouth is silky. The treatment of this vintage's special tannins renders them astonishingly suave. Their freshness carries them along eventually to an unending length on the palate. Great vintage of Château Haut-Brion"

A couple of reviews from the Wine Advocate show the brilliance of this classic Bordeaux!

"The 2006 Haut-Brion performed even better from bottle than it did from barrel. Sixty-four percent of the production went into this wine, and while it displays the vintage’s powerful tannins and structure, it possesses superb concentration, and the minerality/scorched earth notes of a great Haut-Brion. Medium to full-bodied, with perhaps not quite the fleshiness of the 2005 or 2000, it is built more along the lines of the 1998 and 1996. It is a brilliant effort displaying sensational purity, texture, and length that should be exceptionally long-lived. Anticipated maturity: 2017-2035." 96/100 points, Robert M. Parker, Jr, Wine Advocate, February 2009

"Tasted at Bordeaux Index's annual 10-Year On tasting in London. The 2006 Château Haut-Brion has a more ostentatious bouquet than the comparatively reserved La Mission: quite feisty blackberry, briary, kirsch and red plum scents, hints of leather and sage tucked just underneath. This is a bouquet determined to make an impression! The palate is medium-bodied with supple tannin, well-judged acidity, a gentle build to a concentrated, earthy, truffle-tinged finish that lingers long in the mouth. This seems to have the upper-hand over the La Mission and probably has a longer future. A thoroughbred from Jean-Philippe Delmas and his team. Tasted January 2016." 96/100 points, Neal Martin, Wine Advocate, May 2016

We personally select all our products to offer you the best quality and value we can find. Great Deals. The more wine you buy the more you save. Delivery. Local Delivery: Free for Orders over £50, otherwise £4.95 Mainland UK: Free for Orders over £90, otherwise £6.95 120 Day Money Back Guarantee. Our simple refund and returns policy. Payment Security. We use the leading secure online payment provider, so your details and payments are always safe as they can be.