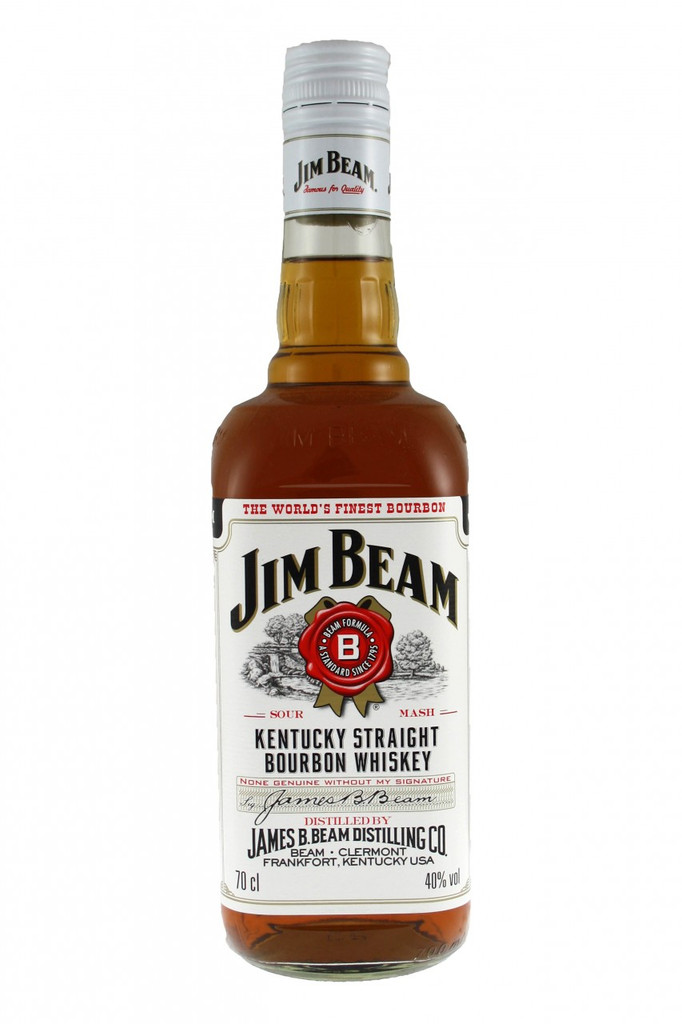 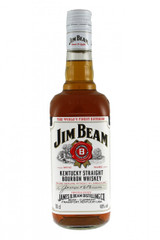 “The 'house' style of Jim Beam is characterised by a significant proportion of rye in the mash bill, along with a high percentage of corn, the remainder of the mash bill being made up of malted barley. There are vanilla and delicate floral notes on the nose of this four-year-old Bourbon. Initially sweet, with restrained vanilla, then drier, oaky notes develop, fading into furniture polish and soft malt in the finish.” whisky-pages.com

American as apple pie and a testament to quality, tradition and passion, Jim Beam® is the best-selling brand of bourbon in the world. Seven generations of craftsmanship go into every bottle, along with corn, rye, barley malt, water, time and pride.

Jim Beam® is the flagship product of the Jim Beam® distillery, founded in 1795, and family operated for seven generations. It was given the name "Jim Beam" in 1933 after Colonel James B. Beam, who rebuilt the business following Prohibition. When you take a sip, you're savouring a bourbon that has been produced essentially the same way by the same family for more than 200 years.