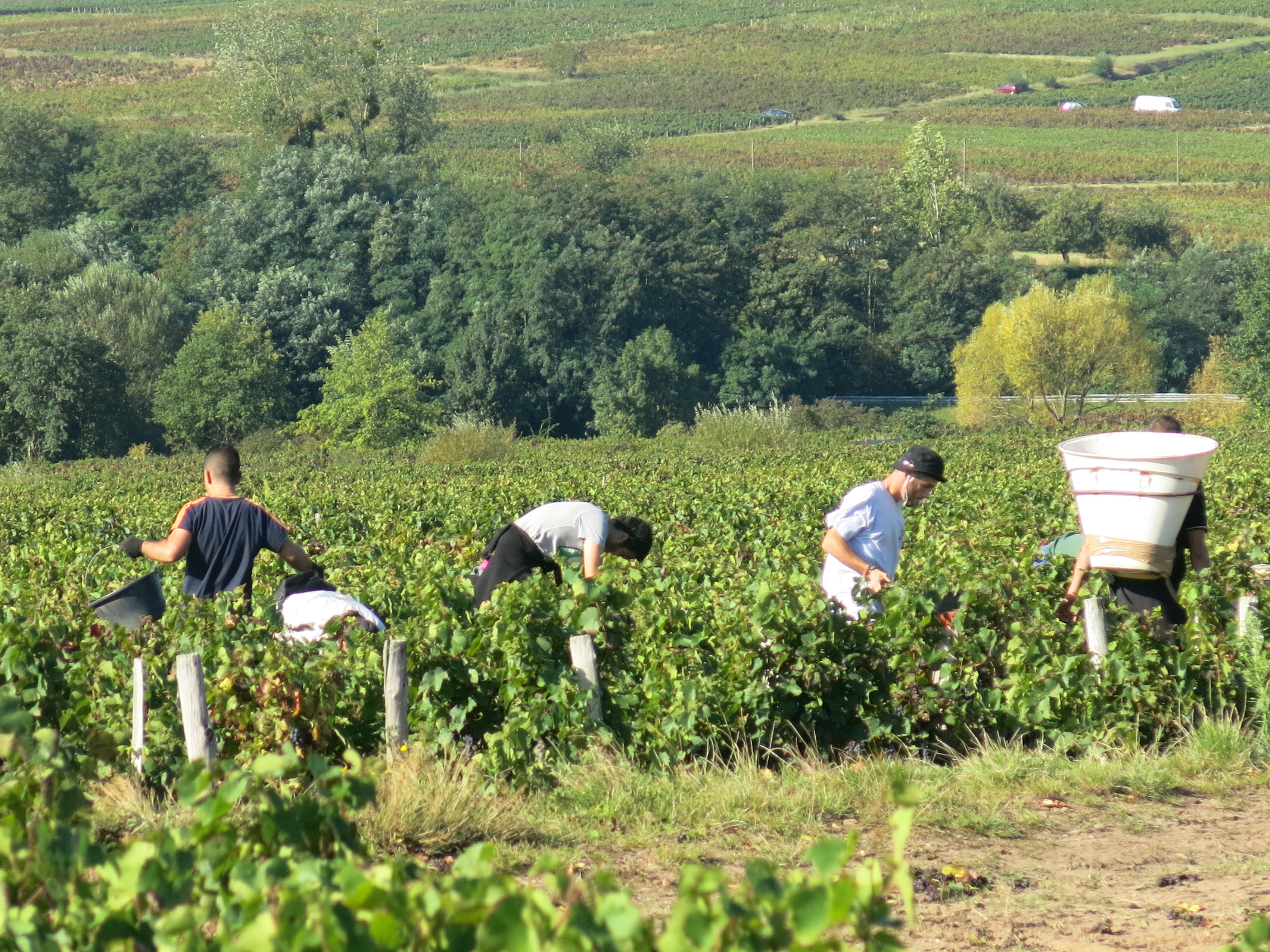 Can a year ending in a “4” and superb for mushrooms produce a good vintage?

January and February were mild and wet.

March and April were dry and warm with the budding starting around the 7th of April, the same as in 2005 and 2009. End of April, frost in the Vallée of Azergues (South Beaujolais): 150 hectares have been touched.

May was cool and dry…

Beautiful harvest of mushrooms in August 2014

July and August are disastrous, with record rainfall measures: 130 mm in July compared to the average rainfall over the past 25 years: 75 mm! In August, the difference emphasizes between the North of the Beaujolais Crus area (Moulin à Vent, Saint Amour) with 85 mm of rainfall and the South with 40 mm of rainfall, which explains the sanitary difference between both parts of the vineyards. Temperatures in July and August: -1,8°C compared to the average temperature over the past 25 years (20.5°C).

Fortunately, since August 29th, the sunny and very warm weather dries the rot sources and accelerates the maturity.

The prospective harvest, without being as catastrophic as in 2012, will be smaller in size to the 2011; the number of bunches is normal, similar to 2013. After two very “short” harvests, we need a good one, especially in the whites. The number of bunches and the weight of 200 berries (320 g) are normal but unequal. Acidity has a normal level, similar to 2013. The maturity is good and the colour factors are increasing rapidly. We can expect a good quality.

Harvest has started the second week of September (Monday, September 8th compared to Sept. 24th in 2013). The quantity available for the « Nouveau » campaign will remain at 26 hl/ha.

The harvest in the “chardonays” is slightly lower with a beautiful quality (despite frost down the slopes at Easter time and violent hailstorms on Lugny and Chardonnay on June 28th). The grapes are in perfect sanitary condition and the acidity is good.