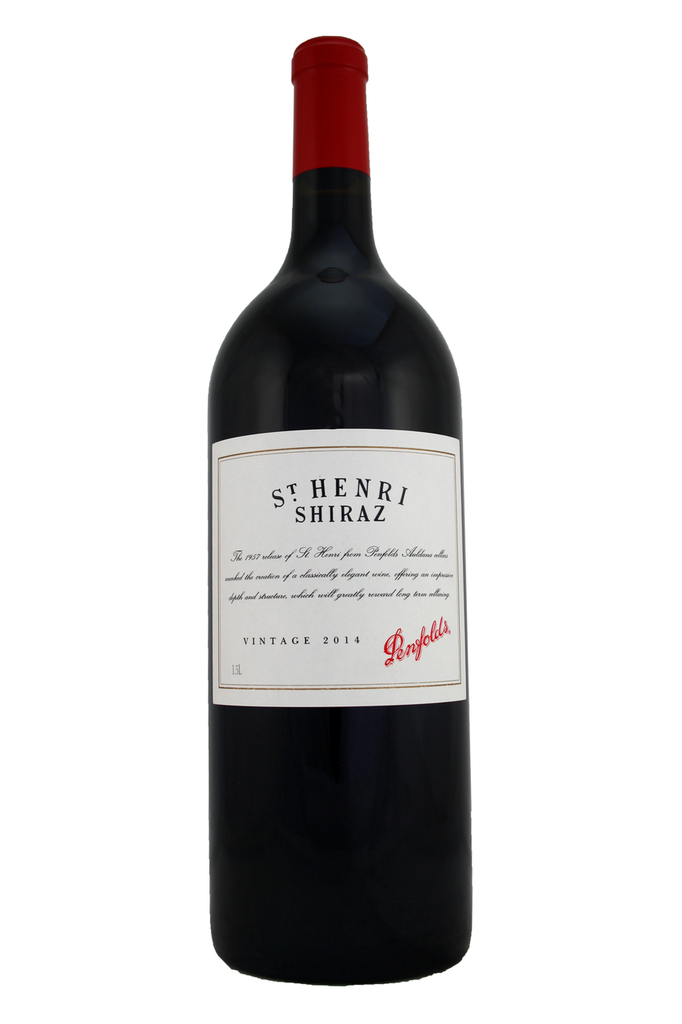 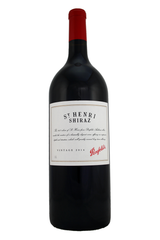 "This bottle was opened in front of me and served without decanting. Containing 4% Cabernet Sauvignon and with a deep garnet-purple color, the 2014 Shiraz St Henriz has a relatively shy nose of black plums, black cherries and mulberries with nuances of underbrush, fruit cake and damp soil. The full-bodied palate has satisfying richness, with firm, rounded tannins supporting the earthy fruit layers, finishing with good depth and persistence." 94/100 Lisa Perrotti-Brown Robert Parker Wine Advocate

St Henri is a time-honoured and alternative expression of Shiraz, and an intriguing counterpoint to Grange. It is unusual among high quality Australian red wines as it does not rely on any new oak. Released for the first time by Penfolds in the early 1950s (first commercial vintage 1957), it gained a new lease of life in the 1990s as its quality and distinctive style became better understood. Proudly, a wine style that hasn’t succumbed to the dictates of fashion or commerce. St Henri is rich and plush when young, gaining soft, earthy, mocha-like characters as it ages. It is matured in old, 1,460 litre vats that allow the wine to develop, imparting minimal, if any oak character. Although a small proportion of Cabernet is sometimes used to improve structure, the focal point for St Henri remains Shiraz.