Did you know there is an Appellation Controlee (AOC) for Rum?

Well until we met the team from Depaz neither did we. Since the French claimed Martinique in 1635 it's been a part of France and it's officially part of the European Union! In 1996 Agricole Rhum from Martinique received AOC status and protection.

What makes AOC Martinique deserve the same protection as the great wine areas as Pomerol and Pauillac is the Sugarcane which is grown especially for Rum production (the majority of Rum we drink today is made from molasses which is a by product of sugar production)and the terroir.  Along with a rules controlling the growing season, production limits, strict aging and bottling control these are some of the finest Rums money can buy.

Stood at the foot of Mount Pelée next to Saint-Pierre bay (in the north-western part of the island), the Depaz distillery was established during the 17th century (1638) by the first governor of Martinique.

The Depaz distillery has been producing agricultural rum since 1651. Entirely destroyed by the 1902 volcanic eruption, seven years later the Depaz plantation was replanted and brought back to life by Victor Depaz, the sole survivor of the catastrophe.

Depaz now uses only estate grown cane and the spring water from Mount Pelée naturally filtered with a long fermentation and the one single distillation column. The Rhums are then cask aged for a minimum of 3 years.

The sugar cane used to make Depaz rum is grown in a terroir which is one of a kind in Martinique: the Mount Pelée region. Here the sugar cane plants have everything they need to thrive and offerup the best of themselves: exceptional sunshine combined with abundant rainfall linked to the volcano’s meteorological alchemy and to the fact that it reaches up to 1,395 metres above sea level, as well as young, light, well-drained soils which allow the sugar cane to put down deep roots and develop a metabolism conducive to sugar accumulation. As a result the sugar cane grown on the Depaz estate is among the richest in Martinique.

Due to the temperatures on the island before bottling the angels share (evaporation from the cask) is much higher, around eight to ten percent, than for whisky in Scotland leading to a much greater concentration of flavours and the oldest Rhums are only around 10 years old before bottling.

These are not for mixing but sipping and make a great addition to any spirits selection. 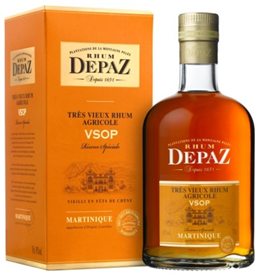 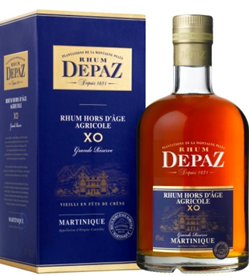 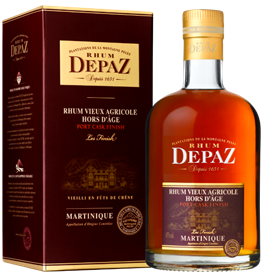