Do you consider yourself to be a #wine expert?

(If you said that the first is a "white" grape and the second is a "red" grape, then you ARE a wine expert, and don't let anyone say that you're not!)

But, do you think you know your onions? 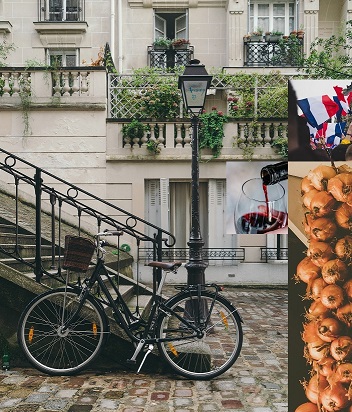 (Photo by JOHN TOWNER on Unsplash)

No, that really doesn't matter at all, but now it does get more complicated.

Have you heard of the #Gamay grape?

Most people haven't, as it rarely gets named on a label.

If, however, you're feeling a burning desire to discover what #Gamay is all about, then the ideal opportunity will arise next week.

#Beaujolais #Nouveau is made from the #Gamay grape and Frazier's have Jean Loron's wines for sale from the 21st November.

Not only that, but the wines will be open for FREE tasting during the evening (from 6pm - 8:30pm) at the #WineStudio in #Solihull.

The #ThirdThursdayInNovember is always the day that the new year's vintage of #Beaujolais gets released to a clamouring world market.

Japan still consumes lots of the young French red, but the UK has gone relatively quiet since the 70's and 80's heyday.

The race to get the wines over the channel in time for breakfast?

The strikes on the ferries stopping the wines from reaching our shores?

Early morning queues at the shops to get a bottle for £1.99?

(Photo by Alice Triquet on Unsplash) 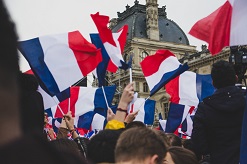 But now, Beaujolais thinks it's serious, and there are some seriously good wines to be had.

The top wines from the region can now command a far higher price than in years gone by, as the quality has been improved dramatically by a new group of wine-makers who look upon their wines as being rivals to the far more sought after Cote d'Or, Burgundy examples made from #PinotNoir . These "grower" wines generally sell for well above £30 a bottle and, having tried one recently, I can say that it was definitely in my "Top 3" red wines I've ever had the pleasure of drinking!

You're welcome to enjoy wines like this, but you don't have to spend as much if you don't want to.

Beaujolais can still be fun, enjoyable, quaffable and good value.

The house of Jean Loron is hardly a newcomer to the wine scene. They've been in the business since 1711 and Frazier's have been stocking their Beaujolais for around 30 years.

For the last few vintages their #nouveau have been awarded the top prize in the local wine competition in the #Beaujolais region.

The village of #Fleurie is located halfway between the town of Beaune, to the north, in Burgundy, and the gastronomic, foodie city of Lyon to the south, at the start of the Rhone valley. How handy is that?

#ChateauDeFleurie is one of their best wines, produced from a combination of four of the top single vineyard sites in the appellation.

The 2015 is an outstanding recent vintage that can be consumed now, or matured for seven to eight years.

Its seductively floral bouquet of irises and roses, its silky, fleshy texture, and complex fruit flavours of blackcurrant, blackberry and cherry, finishing with notes of liquorice and dark chocolate, shows real class.

Get yourself some of Loron's Chateau de Fleurie for £16 a bottle.

The first of the #nouveau wines from #Loron is a natural wine with no added sulphites.

You won't be able to blame the wine for any "after-party" effects, as there is nothing to cause a reaction (apart from the alcohol content!).

The only sulphites occur naturally during the wine-making process, itself.

The #VinNature is a #BeaujolaisVillages from a selection of hillside vineyards that make up the 38 villages that can use the appellation name.

A wine with more structure and complexity than the straight #nouveau, the #VinNature has fresh, crunchy strawberry and raspberry fruit.

Beaujolais Villages Nouveau can be yours for £11.80 a bottle.

If you want to party, then you absolutely need some #nouveau

Or should that be, "Nouveau, darling?"

Beaujolais Nouveau from #Loron for only £10.50 at the #WineStudio #Solihull from Thursday, 21st November

Be one ahead of Patsy in the queue.

So, now you know, if you know your "onions", you're well on the way to becoming a wine expert

(Photo by Road Trip with Raj on Unsplash)