Storm "Dennis" has just arrived and I wish I was far away in New Zealand...it's summer time there!

NZ, also known as "The land of the long white cloud", can often be cool and cloudy when compared to Australia, but there are warmer areas that suit red wine production.

Waiheke Island is just one of those rare places. Never heard of it? Well, you soon will.

On arrival to NZ's North Island, you might want to escape the hustle & bustle of Auckland's metropolis by taking a ferry out into the bay. Only 20km away is the stunning and beautiful island of Waiheke where, 20 years' ago there were only a handful of wineries in existence. Today, around two dozen properties offer the visitors from Auckland all the usual guest house, restaurant and vineyard tours you could possibly want.

Hopefully, the old Mercedes (one gear working) island bus has been replaced by something that will actually get you up the hill from the ferry terminal to visit the vineyards!

Kennedy Point is located on a small spit of land at the western end of the island with the ocean on two sides.

Originally established in 1996, its production is now all certified organic and they are gradually moving towards using biodynamic processes. It really is an island full of "old hippies", so you would expect this idea to be used more commonly. It does make a difference to the wine quality, in my opinion.

The 2010 vintage of their Syrah was awarded 91 points by the Wine Advocate magazine and has a deep garnet colour, with black cherry and pepper aromas, tar and black tea notes. There's crisp acid with dark berry and spice flavours and rounded tannins.

A mature Syrah for £27.99 that will rival many of the wines that come from areas such as the Rhone's Crozes Hermitage.

Definitely a part of New Zealand's wine heritage that shouldn't be missed.

Arriving back on the mainland, and heading east towards the coast, you'll arrive eventually in the famed area of Hawkes Bay.

The town of Napier, close by the vineyards of Esk Valley was, in the 1930s, devastated by an earthquake. The resulting land upheaval caused the formation of what is now known as "The Terraces".

Planted to red varieties, Malbec, Merlot and Cabernet Franc, it produces one of the most highly regarded New Zealand "Bordeaux style" wines.

Aged for close to 2 years in new French oak, the 2006 vintage "Terraces" is a wine that will reward keeping.

A 93 point rating (again from the Wine Advocate, in 2009) says that it has an oaky nose with dark plum, iodine, violets, a touch of blackberry and cassis and later some damson notes developing in the glass. The palate is full-bodied, grippy tannins, layers of dark fruit with great purity. Nice balance but extremely backward and primal with immense weight on the finish. Excellent.

Moving south to the capital, Wellington, then across the Cook Strait to the South Island, you'll arrive in the world-famous region of Marlborough.

There are so many producers making the classic "gooseberry" NZ Sauvignon Blanc, that it's hard to pick only one wine from here.

So, just to be a bit different, how about trying some of the Cloudy Bay "Te Koko"?

It's not Sauvignon as you expect it to be, but it's powerful, rich and has been part barrel fermented/aged in oak.

Another high-scoring wine (93 points) that is well worth the extra price over the standard bottling of Cloudy Bay.

Initial scents of white florals and fresh herbs are supported by those of sweet stone fruits and honeysuckle, and completed by a flinty minerality.

Sounds delicious just on its own! Yours for £39.99 a bottle.

Skipping over Canterbury, the final stop, at the bottom end of NZ is the wild region of Central Otago

Probably the most recognised area is the sub-region of Bannockburn.

In a region known for gold mining, Domain Road's Bannockburn vineyards had only ever been used for growing orchard fruits...for one hundred years!

Then came wine; and Central Otago can certainly produce some brilliant Pinot Noir.

With dark purple hues this wine is wonderfully complex. Aromas of dark cherry and spice, with hints of violet, are offset by the flavours of richly dark plums and cherry. With good fruit concentration and supportive oak tannins, this wine has a lovely long persistence on the finish.

Various Australian & New Zealand critics have given the 2015 vintage either 4-star/5-star/95 points so, whether, or not you believe there is Pinot Noir outside of Burgundy, this wine is worth a go.

A few tickets are still available at £20 per person.

What will William have found on his (very recent) visit to the country? 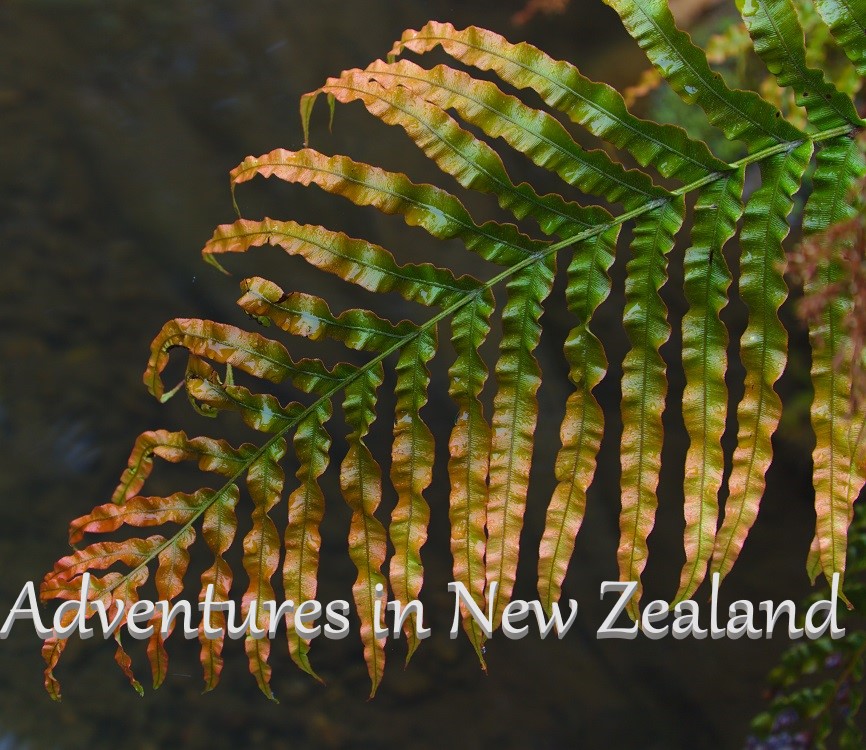